March is Women's History Month and a chance for us all to celebrate the accomplishments of women who have contributed to our:

The month-long celebration grew out of an event organized by the school district of Sonoma, CA, in 1978.

A few years later, their concept sparked similar events across the country, and in 1980 Jimmy Carter declared the week of March 8 as National Women's History Week, which eventually grew to be Women's History Month.

In this post, we'll be honoring a few women who have shattered the glass ceiling and helped pave the way for future generations. 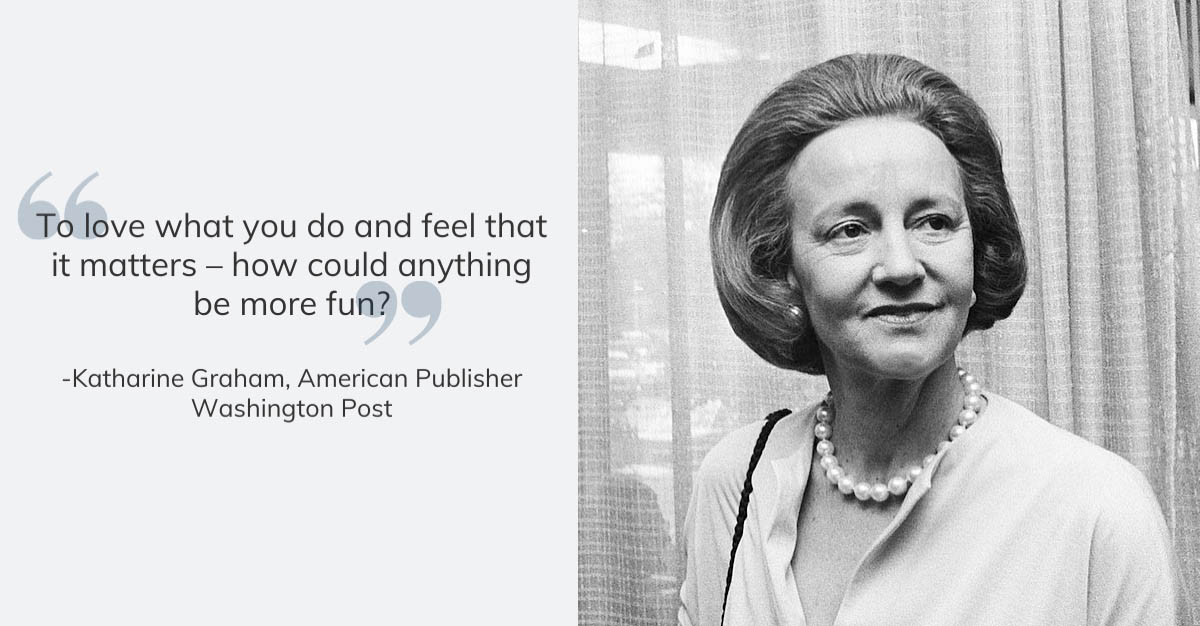 To begin with celebrating the accomplishments of women, you may know Katharine Graham as the publisher of The Washington Post. Did you also know she was the first female CEO of a Fortune 500 company?

Taking over The Post in the 1960s, when newspapers were big business and dominated by men, Graham became a towering figure, not only in publishing but in American history. Her controversial decision to publish the Pentagon Papers hastened the end of the Vietnam War, and her paper's Watergate reporting led directly to the resignation of President Nixon.

Under Graham, The Post became one of the nation's most influential newspapers and an illustration of the power and importance of a free press. 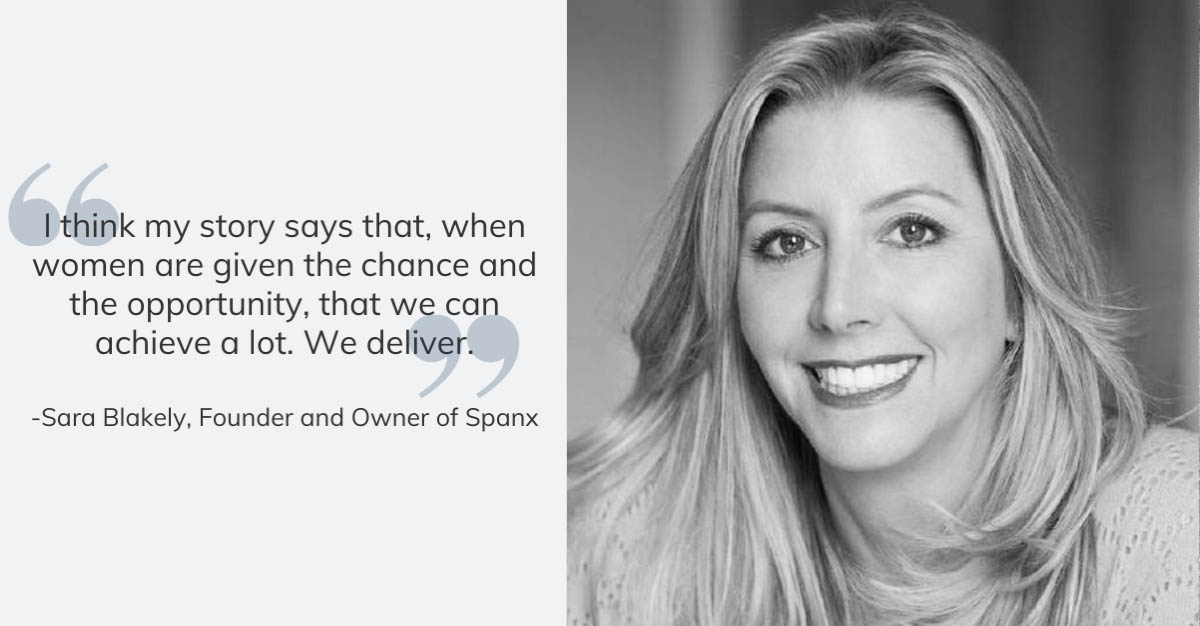 Sara Blakely was named the world's youngest self-made female billionaire by Forbes. Blakely sold fax machines door-to-door before launching the Spanx apparel company in 1998, at the age of 27, with $5,000 in the bank. While the concept of shapewear wasn't new, Blakely researched her market and realized the industry was out of touch with its target audience.

She learned that most hosiery companies were owned and operated by men and that none of the products were tested on real women. Through hard work, creativity, and trust in herself, Blakely went on to turn Spanks into a huge success.

But that was just the start. Blakely wanted to make a lasting impact on the world, so in 2006 Blakely started the Spanx by Sara Blakely Foundation.

Since its launch, the Foundation has donated millions to charities that focus on empowering underserved women and girls. Blakely has also taken the billionaires' pledge to donate at least half of her wealth to charity. 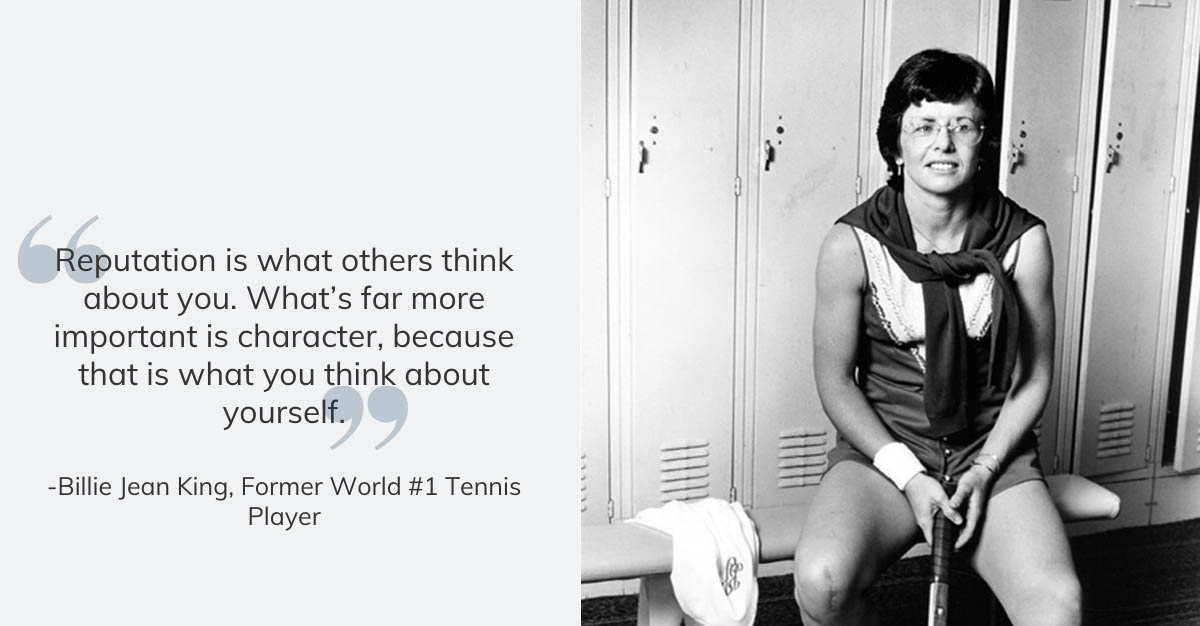 Billie Jean King is one of the most influential figures in the world of sports and beyond.

King's achievements on the tennis courts are legendary. She was the world's top women's player five times and won a total of 39 Grand Slam titles. King used her fame to advocate for the advancement of women in tennis and beyond.

To fight for equal prize money, she formed the Women's Tennis Association and became its first president. King's straight set win over Bobby Riggs in 1973's "Battle of the Sexes" was watched by 90 million people and, along with the passage of Title IX the prior year, is often considered the spark that ignited the boom in women's sports.

King is a recipient of the Presidential Medal of Freedom and is in both the International Tennis Hall of Fame and the National Women's Hall of Fame. She is the first woman to have a major sports venue named in her honor and did the honorary coin flip at this year's Super Bowl! 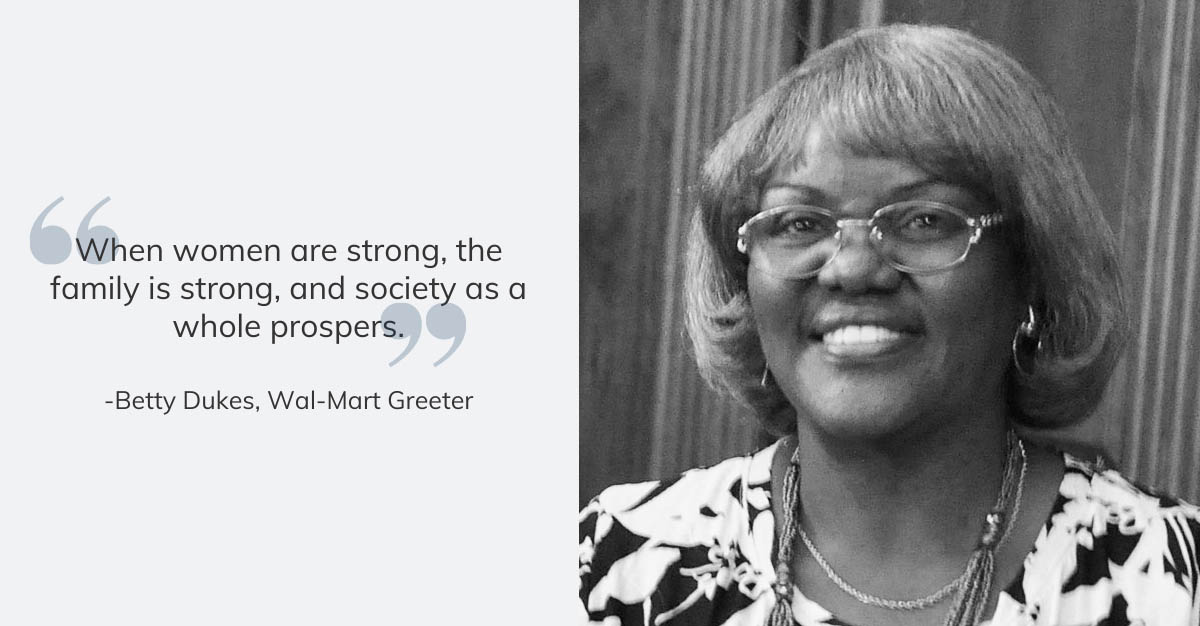 Betty Dukes' story shows that we all have the power to change the world, even if it's one corner at a time.

In 2001, Betty Dukes was a 51-year-old cashier at Walmart. After years of watching her male co-workers getting higher pay and faster promotions, she decided to act. She became the lead plaintiff in one of U.S. history's most significant class-action discrimination lawsuits.

After an 11-year fight through the lower courts, her case went all the way to the Supreme Court. Although the Court ultimately ruled that the suit didn't meet the requirements for class-action status, Dukes' efforts to level the playing field for women were not in vain.

Conditions at Walmart have improved significantly, and women are more valued than ever before. Dukes' tenacity and sense of fairness helped change the culture of one of the largest companies in the nation.

Women like Katherine Graham, Sara Blakely, Billie Jean King, and Betty Dukes are all around us, willing to take a stand, speak out for what's right, and knowing their self-worth. They are a few of the many reasons why we celebrate the accomplishments of women.

Content in this material is for general information only and not intended to provide specific advice or recommendations for any individual.